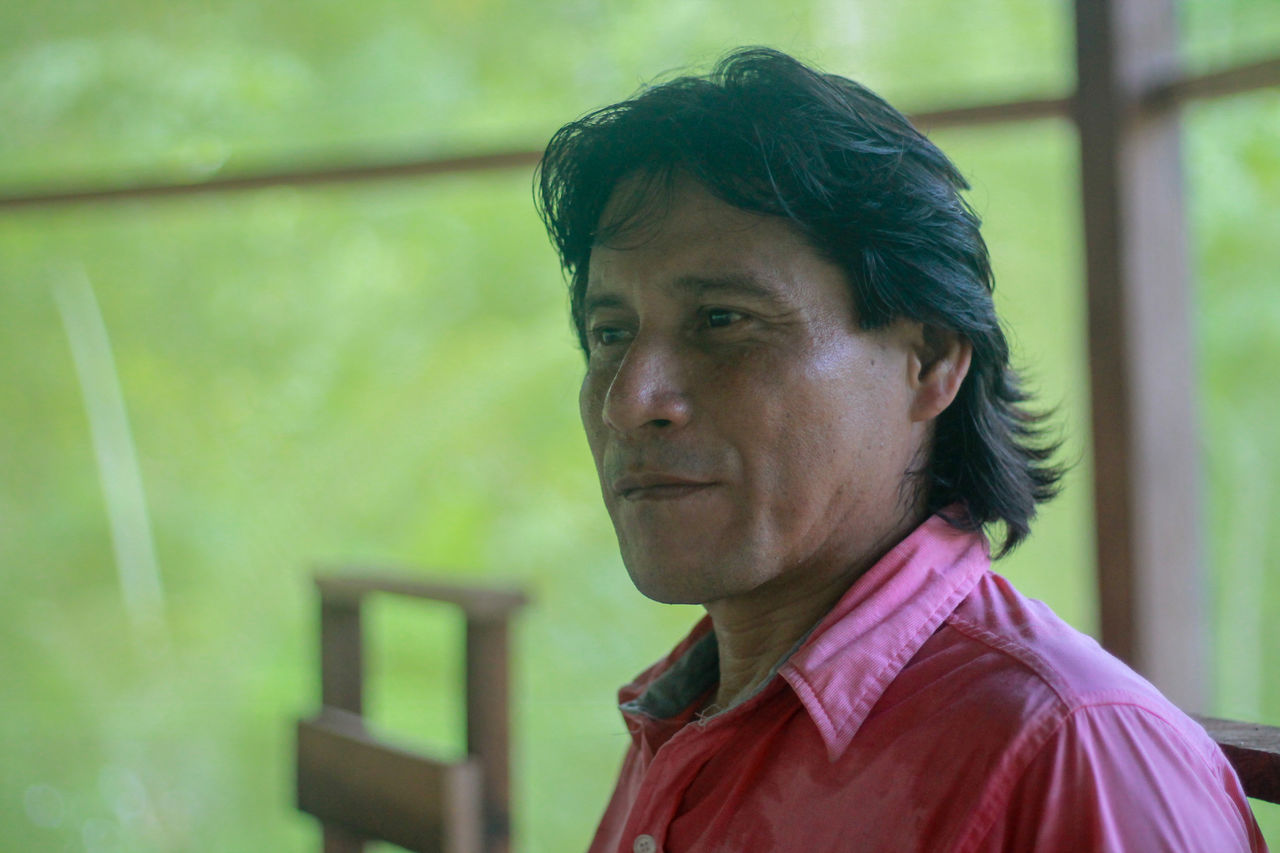 Don Guido founded La Luna del Amazonas as an extension of the services provided in the village clinic.

Guido has worked at many different healing centers in the amazon jungle, but he has never abandoned the family clinic in the village, where he still receives local patients.

Guido is well known in Santa Maria where he has cured countless illnesses using his knowledge of the medicinal plants of the Amazonian jungle and his physical and spiritual healing knowledge.

"Energetic blockages are common, and many of us have blockages without knowing" 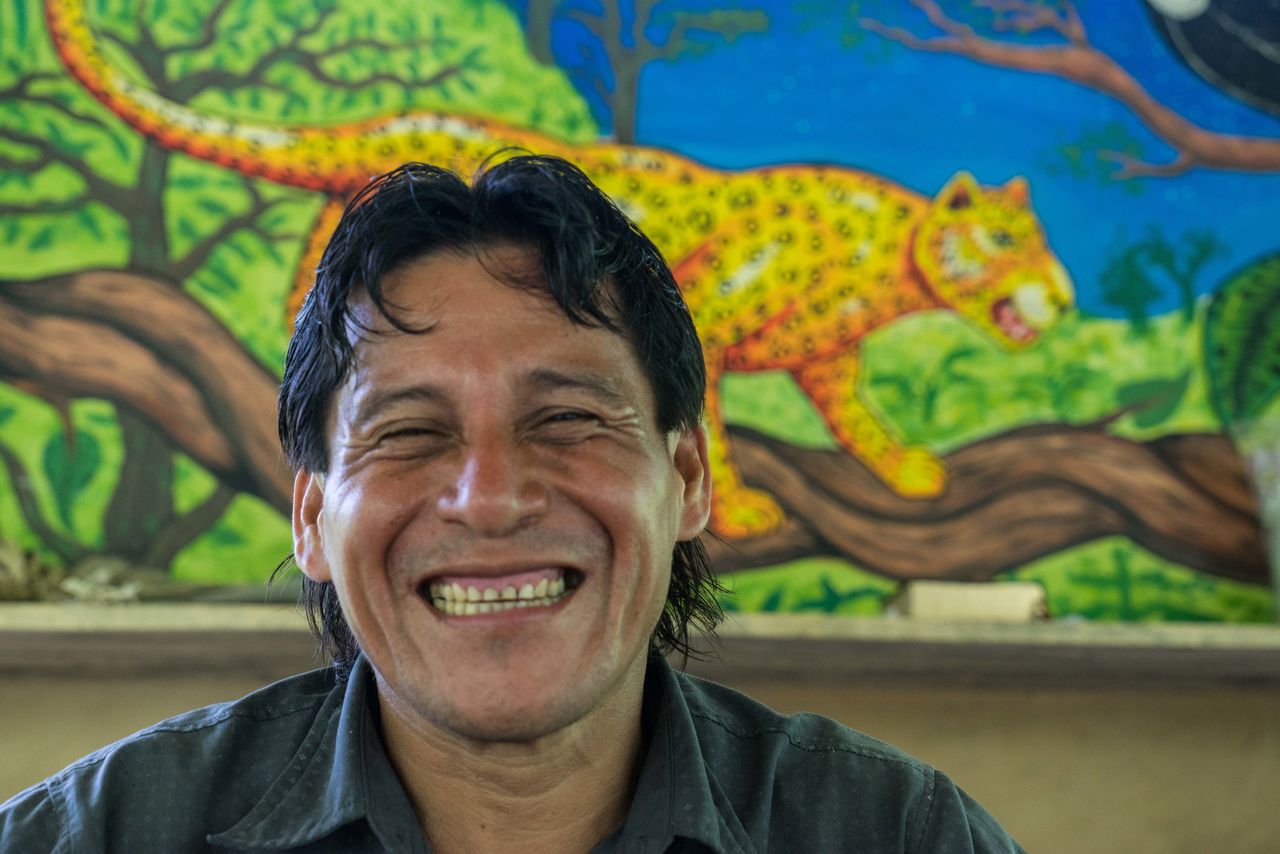 He explains that the healing during a ceremony takes part on an energetic level. The ayahuasca enables him to see and remove any energetic blockages the patient might have.

"For example, During a traumatic experience you might subconsciously block energetic channels or chakras as a defense mechanism to protect yourself from further pain of that experience. This can later in life manifest as depression, anxiety or physical disease. During the ceremony I will remove the blockage, and when thats done, you are healed" says Don Guido.

Don Guido is a maestro de las plants, and will sort out any specific plant diet to attend to your specific ailments, depending on needs and intentions. Don Guido was trained by his grandparents alongside his brothers Don Marlon and Don Luis.

Don Leonardo grew up on the Marañon and Yanashi river and was introduced to the medicine at an early age by his family. From the age of 12 he sat in ceremonies every Tuesday and Friday (traditional ceremony days) with his father and grandfather among other curanderos from the village. He got interested in the shamanic practices and the art of healing when he witnessed sick people getting healed from natural treatments and plants. As a young apprentice he did many different plant dietas in isolation as part of the training. Don Leonardo has been at La Luna since the very start and is happy to share his magic with our guests.

Don Benigno is still drinking the medicine at his age of 79 years, and he´s from the old school of vegetalistas (shamans), and grew up on the border to Ecuador. His first encounter with mother ayahuasca was at the age of 6 years old. His icaros is a mix of native quechua and spanish. He has been working with La Luna from the beginning and is Don Guidos father in law.

As an old master, he has multiple disciples, and has shared a wealth of knowledge to his students, patients and our guests.

Back in the days, Benigno used to do ceremonies 4-5 times a week, and received patients from all over the world and treated a countless of diseases.

As the youngest of the brothers he also grew up in a family with strong healer traditions. However, it wasn't until recently Jack decided to pursue the calling.

He is under good guidance from both his older brother Don Guido and Don Leonardo. Once he starts whistling in the maloka (temple), there will be no doubt he is one in the lineage.

Jack is often seen as Don Guidos or Leonardos right wing, and preforms flower baths and medicinal plant tours. But he wont get to his highest potential until in the ceremony room, where he can make the roof take off with his Icaros. 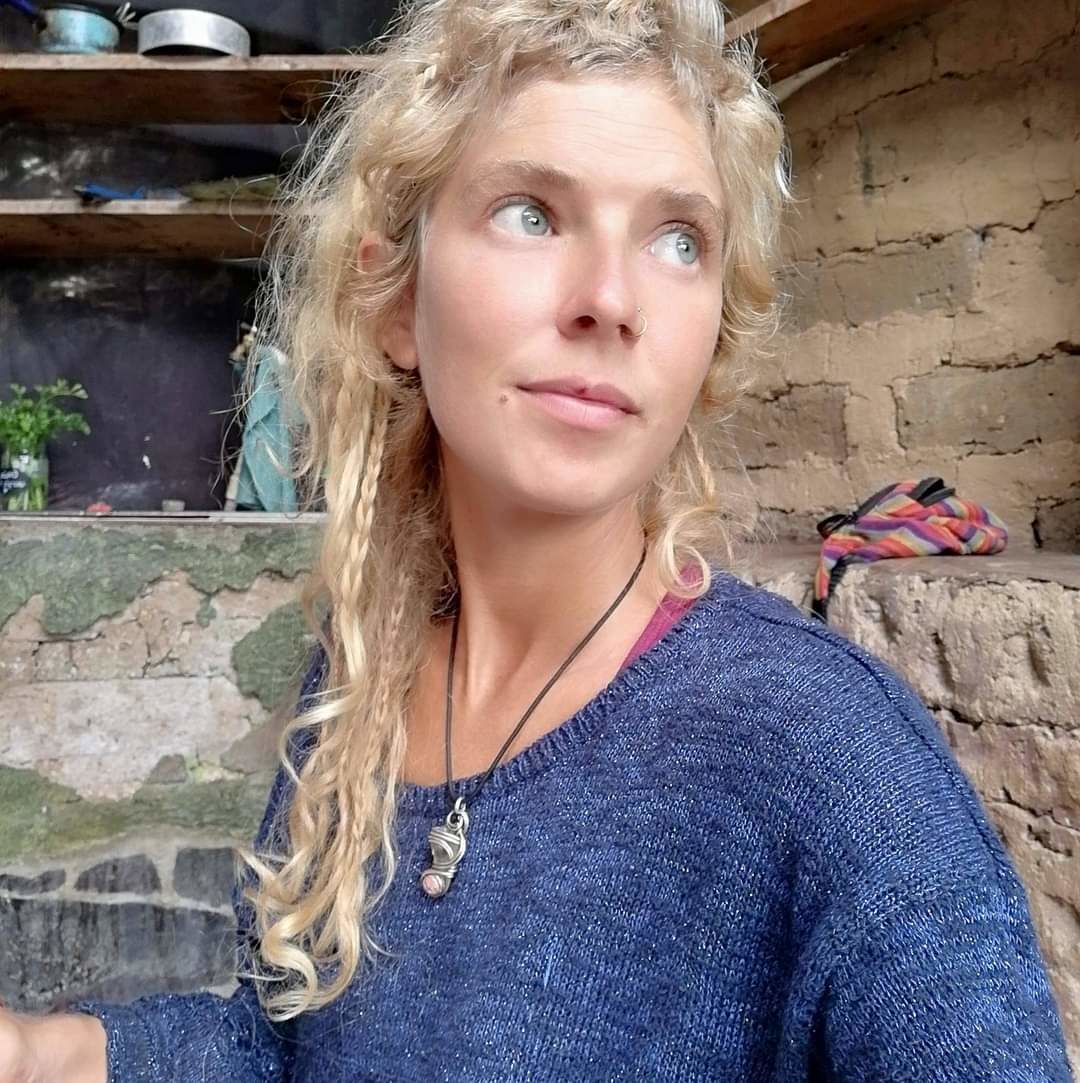 Ada is our Swedish facilitator and translator. She has been a family member for the last few years, and decided to return to the jugle magic again fall 2021. Apart from translating and facilitating for our guests she also do yoga and extatic dance workshops. 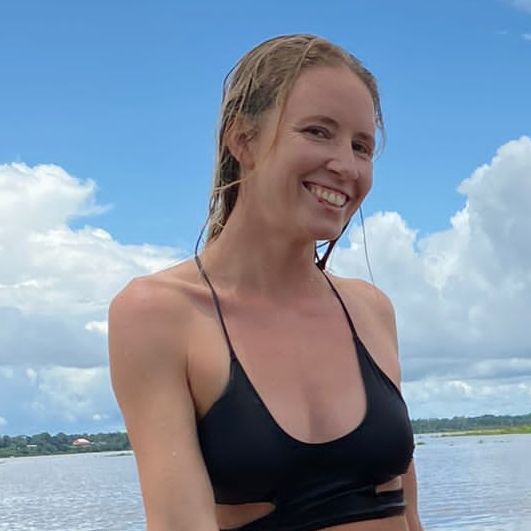 Jessica is our facilitator and an amazi g massage therapist (best massage ever). She grew up in Switzerland but has been exploring the world by travelling around. She is always happy to share or talk about the ayahuasca experiences with our guests. She is an amazing support in the ceremonies and brings an angelic calming energy to the Maloka (temple).

Born in Sweden as Henrik, but he is more known as Enrique around here. He came to the Peruvian Amazon after many years wandering in Sweden, USA, Spain and Costa Rica suffering depression.

He tried all the western pharmacy drugs, such as benzodiazepines (xanax) and antidepressants. Nothing helped his depression or anxiety, not even 5 years in psychotherapy, until he found ayahuasca. Or eventually she found him.

Before building La Luna, Enrique lived a year with Don Guido and his family in the small village clinic.

Today he is married to Nina and they live at the center raising a new born.

He has participated and facilitated more than 1000 ayahuasca ceremonies and has a deep understanding of the medicine and the magical world of the shamans that he is happy to share with our guests. He serves as a bridge between the modern western secular culture and the ancient amazon spiritual culture and translates between Shamanic Spanish to English or Swedish.

Enrique is first aid and CPR certificated and used to work for 911 (112) in Sweden before he moved to the Amazon.

He is involved in the Zendoproject by maps, where he works with psychedelic harm reduction and integration of challenging psychedelic experiences.

He spends his time as a student at Stockholm School of Theology, trying to understand the ancient mysteries and texts and compare them to the direct experience that ayahuasca delivers. 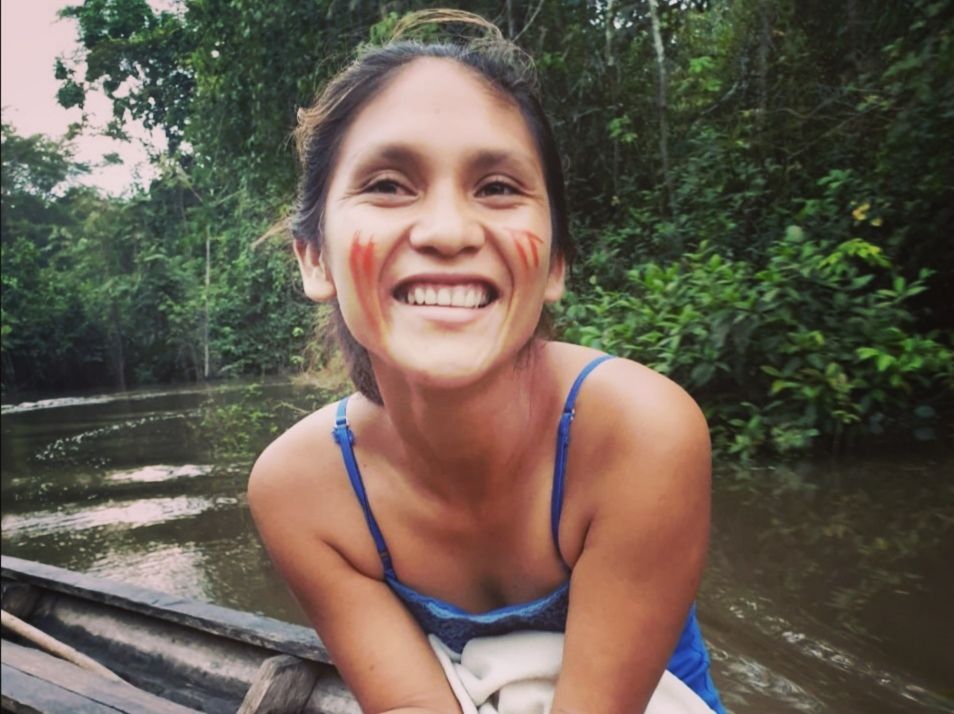 Nina means "fire" in quechua and she is descendant from the Yaguas. Her grandmother was the first generation of yaguas that came to Nuevo Perú and established their native community. Nina grew up in the village of Santa María and in a family of paleros (tree healers) and curandoeros from the famous Diamante Azul on the Napo River. At the center she gives a helping hand where needed, and can be a comfortable asset facilitating ceremonies or providing flower baths to our guests. 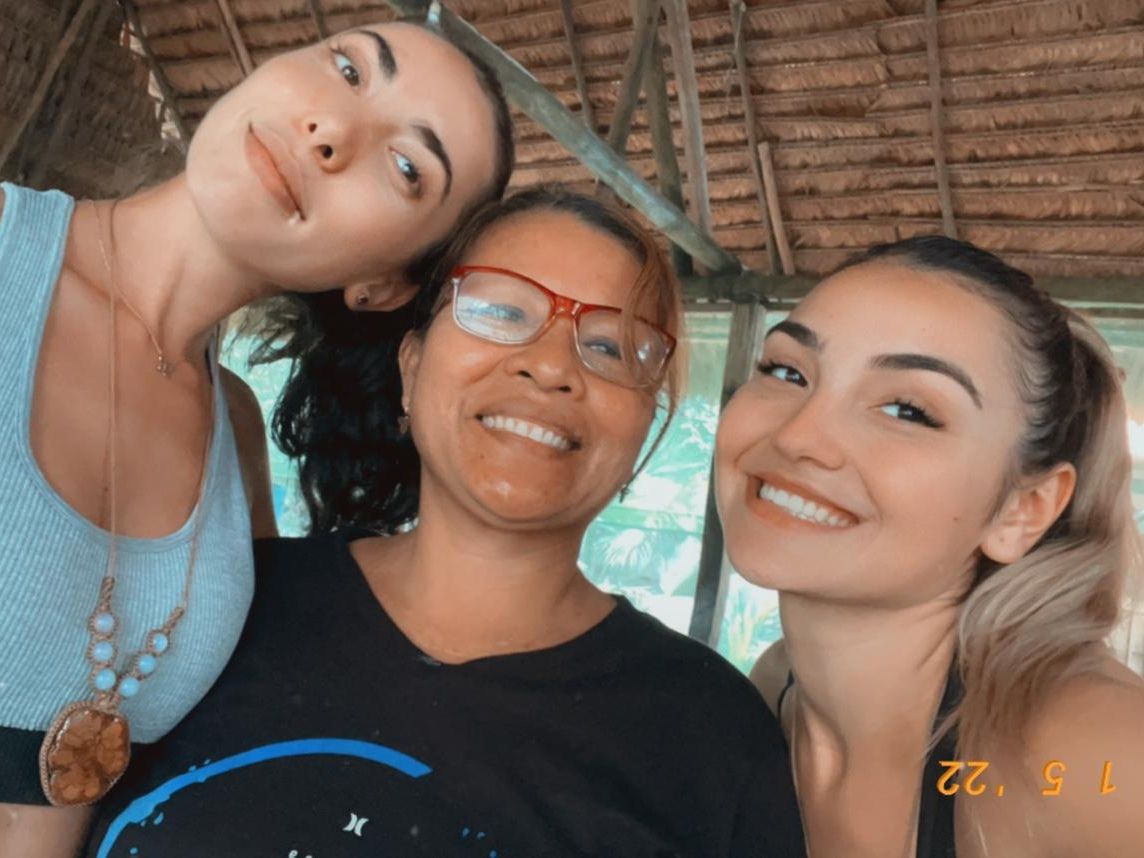 Carmencita is our gourmet chef. She is always up for a smiling picture with out guests. She practice kitchen magic and cooks healthy but delicious food optimized to the ayahuasca treatment. Occasionally fish from the river just outside the kitchen, but mainly vegetarian and always with a vegan option. 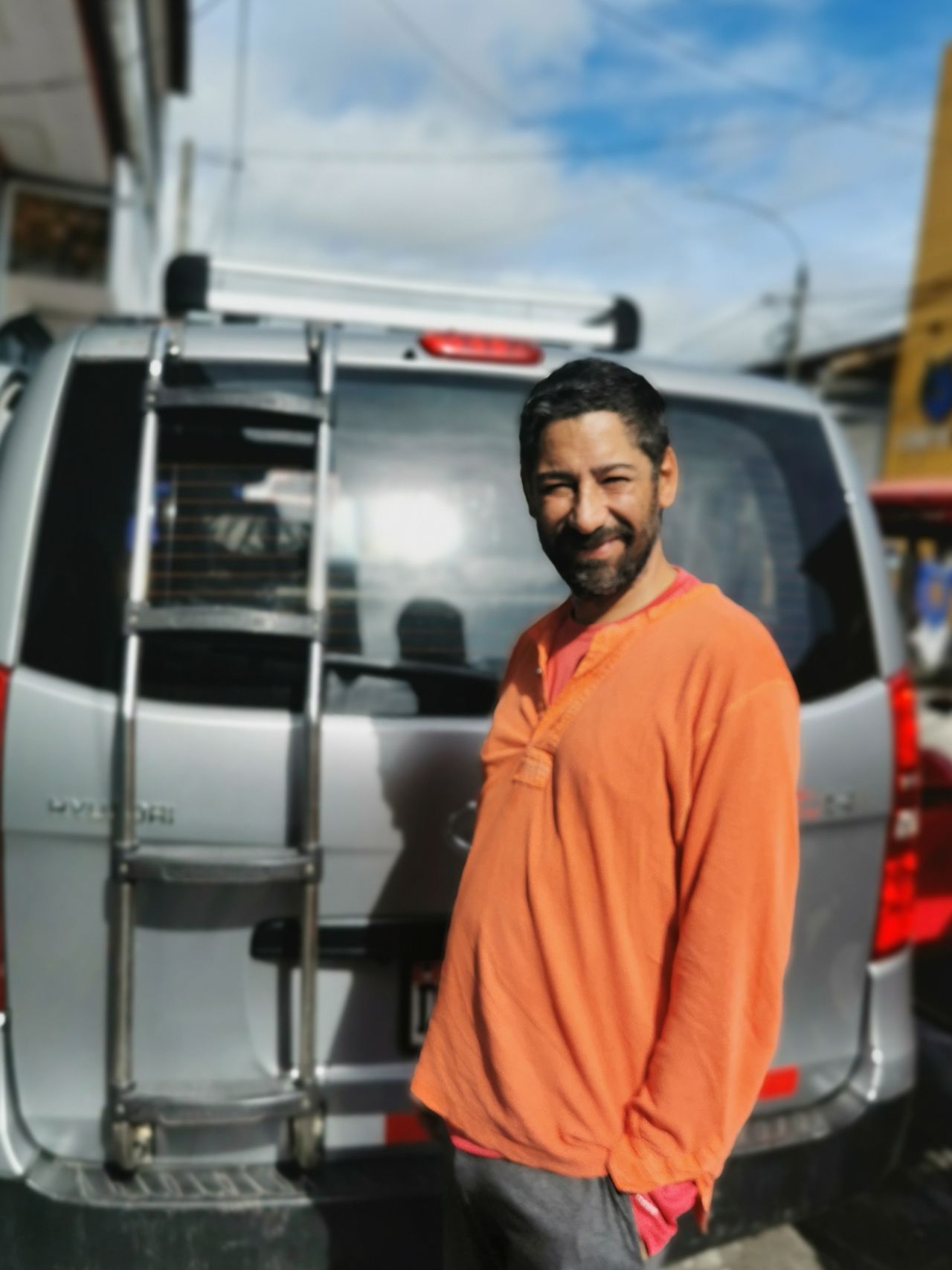 Danilo is our smiling guide in Iquitos. He has been working with ecotourism in the Amazon since he was born, and has an amazing knowledge about the jungle and its habitants (flora and fauna). He picks up our guests in Iquitos with his air-conditioned minivan, and take them to the boat. After the retreat he meets up at the port and drops off at the airport or any hotel.